You don’t need to go to Disney World’s Barefoot Pool Bar at the Polynesian Village Resort to enjoy a cocktail. Taste the magic at home with my Copycat Disney Rose Gold Margarita! 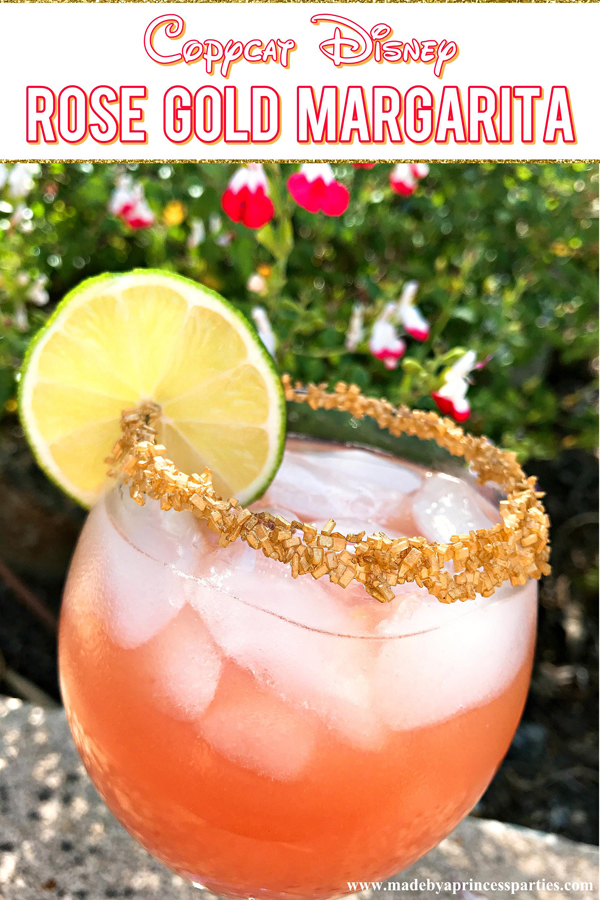 I have to admit, I’m kind of jealous about all the beautiful millennial pink treats Disney World has to offer. They’ve got millennial pink cupcakes, cake pops, cookies, milkshakes, and ice cream. Don’t get me wrong, I love our Disneyland, but as a person who has loved pink her entire life their millennial pink treats have me feeling kinda left out. Rather than cry in my Starbucks Pink Drink I decided to do something about it…one millennial pink Disney food at a time.

There is something about fresh homemade margarita that is so appealing, especially if shared with friends. Margaritas from scratch are so much better than the bottled versions you find at the store. We celebrated Cinco de Mayo with some of our best friends and I volunteered to bring the margaritas. I had been experimenting with this recipe the week before and felt like I finally nailed it. This Copycat Disney Rose Gold Margarita is a totally original recipe based on the one found at the Disney World Barefoot Pool Bar in the Polynesian Village Resort.

How to Make Homemade Margaritas

Making homemade margaritas isn’t hard but it does take some prep. Before you get started gather all your ingredients and tools and line them up in order you’ll use them to make it easy on yourself. You can serve this margarita on the rocks or throw it all in a blender…it’s up to you. If you choose the on the rocks version you will need a cocktail shaker with ice and salt rimmed pretty glasses (or sprinkled rimmed in this case).

What Ingredients are in a Margarita? 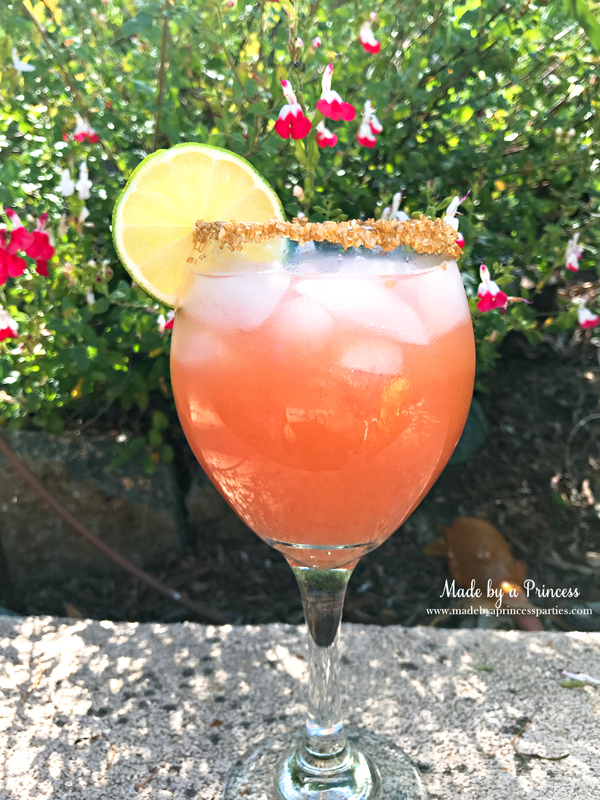 Before pouring your margarita into the glass, dip in triple sec and then in sprinkles so you have a nice big rim of gold bakery bling. 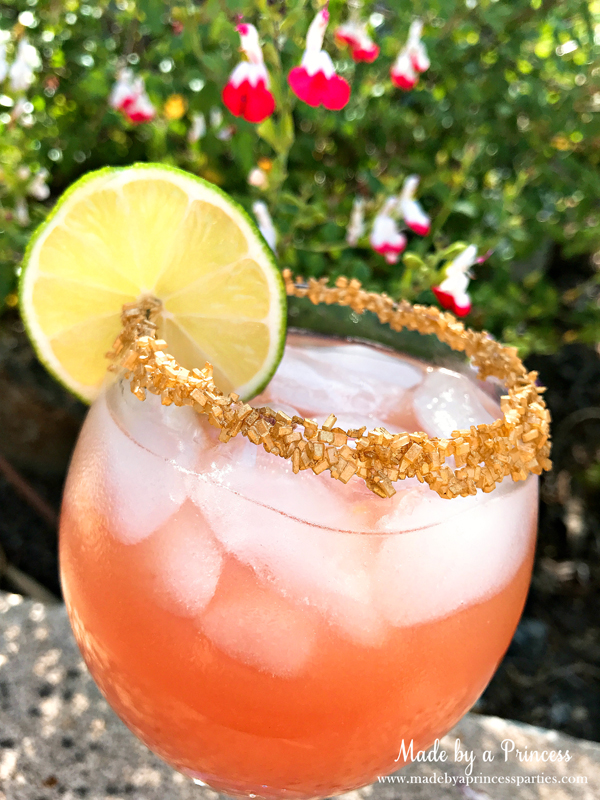 If you want to make it sparkle like mine add some disco dust. The best ones I found are from Bakell. These are food grade and 100% edible which few companies can claim. 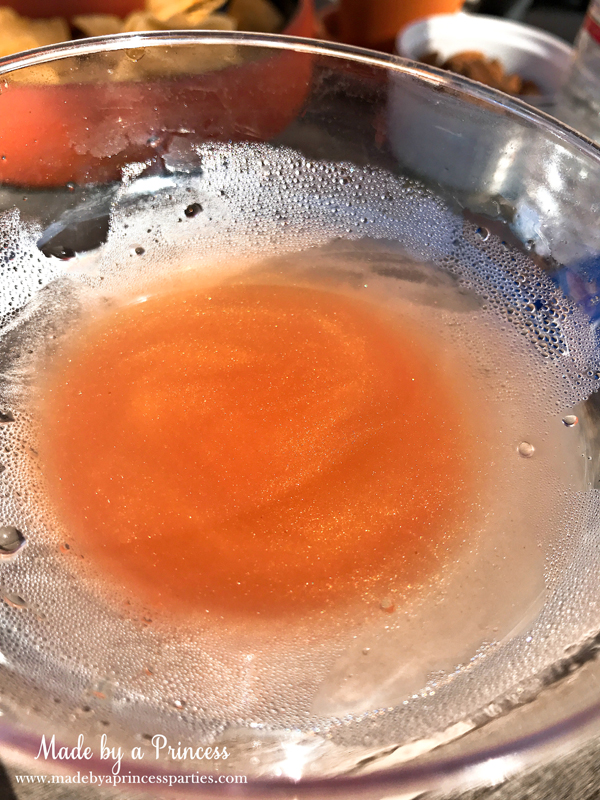 You can see the tiny flecks of edible glitter on the lime. It looks so pretty when you swirl it around! 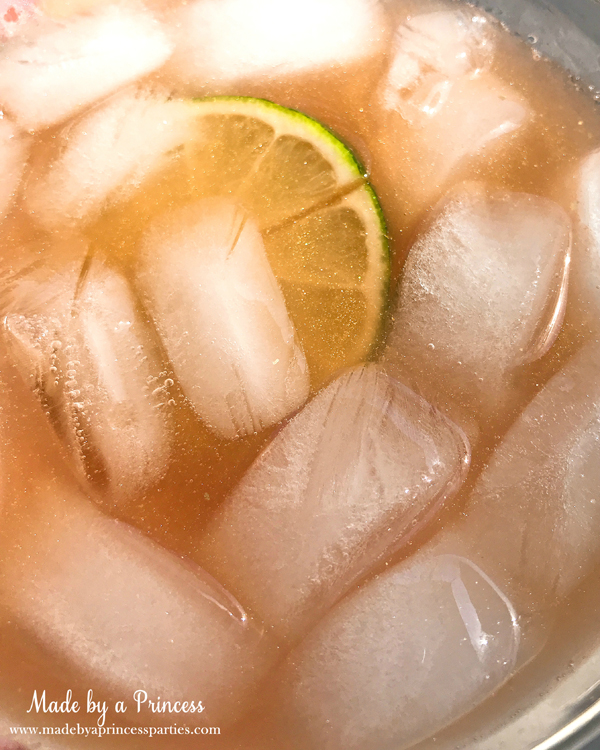 The not so hidden Mickey 😉 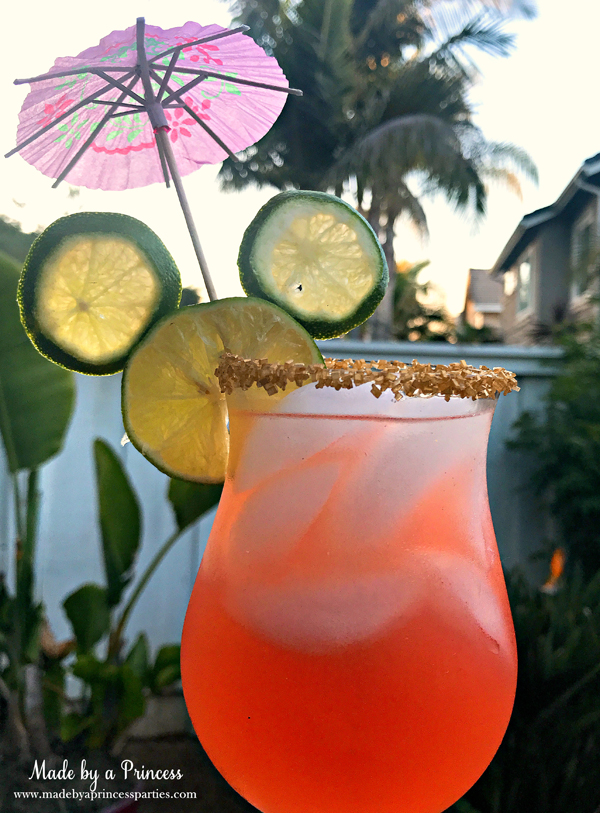 My eighth grade social studies teacher used to refer to some of the most interesting tidbits of history as, “backdoor history.” These were the juicy nuggets about what really happened that were not in history books. These were my favorite! Here’s a little backdoor history for you.

The origin of the margarita is a little fuzzy. Some believe it was created during Prohibition as people traveled back and forth over the border for alcohol.

Quite a few people claim to have invented margaritas, actually. Here is a timeline:

Many many origin stories…no one really knows for sure. We all can agree, however, that they are really really good! 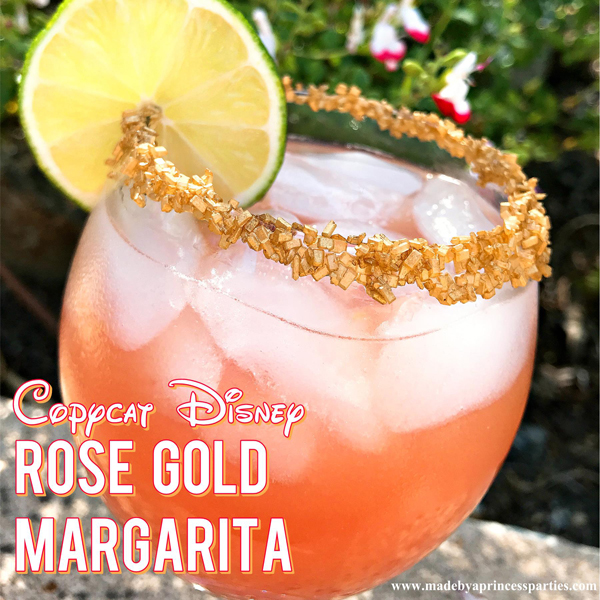 How Many Calories in a Margarita?

There are approximately 950 calories in my Disney Rose Gold Margarita. Are there carbs in a margarita? Unfortunately, yes, there are carbs. If you happen to be counting Weight Watchers Points I hate to break the news to you but it’s going to cost you…a whole lotta points. Ouch! Don’t let that stop you from enjoying one though! We all need to splurge once in awhile #amiright?

Place all ingredients in cocktail shaker with ice, shake well.