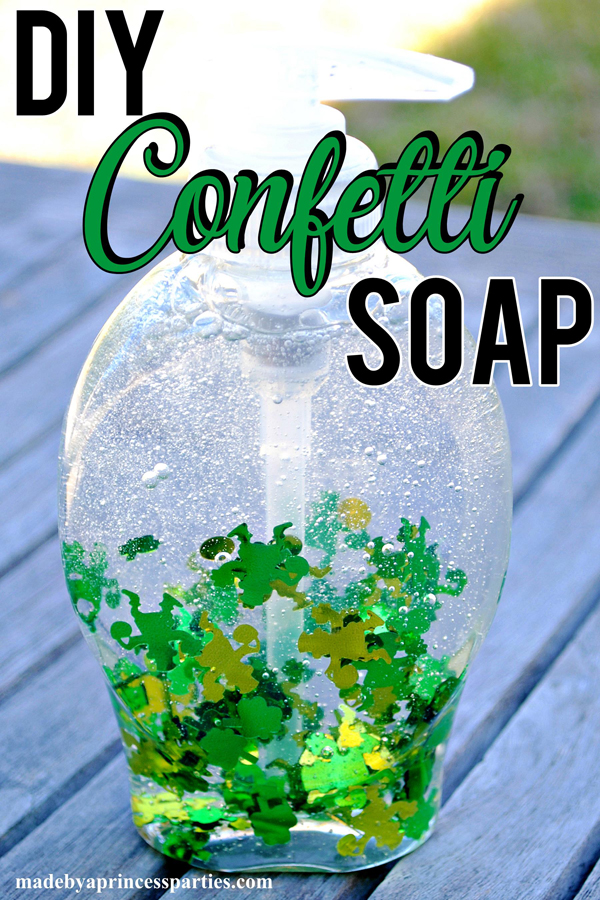 Have you ever looked at a bottle of soap and thought, “What this soap is missing is some confetti!”? No? Just me? Well, I believe everything is better with glitter and confetti so as far as I’m concerned it makes perfect sense to add confetti to a bottle of soap! Click below to see how easy it is…

You probably think I’m crazy for putting confetti in my soap but here me out. It’s fun, it’s festive, it’s sparkly, it will make you smile, and it’s super super cheap…why not put confetti in your soap?! Every time I wash my hands these confetti dances around in the soap and it just makes me happy. Don’t knock it til you try it!

I’m not even going to call this a tutorial because it is just too easy!  Pick up a bottle of clear hand soap and a package of confetti the next time you are at the dollar store. It can be any kind of confetti but I do recommend they be on the bigger side. Do not put paper confetti in the bottle because that will make a really big mess. If you can’t find confetti and your local dollar store you can find packages at your local big box or craft store. 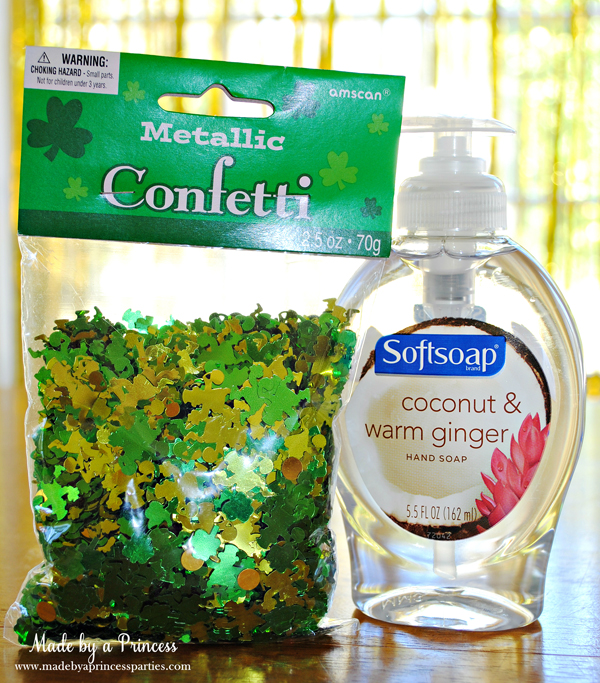 How to Make Confetti Soap

Remove the labels from the bottle of soap and clean off the “goo” with nail polish remover then put some confetti in a little bowl to make it easier to put in the soap bottle. 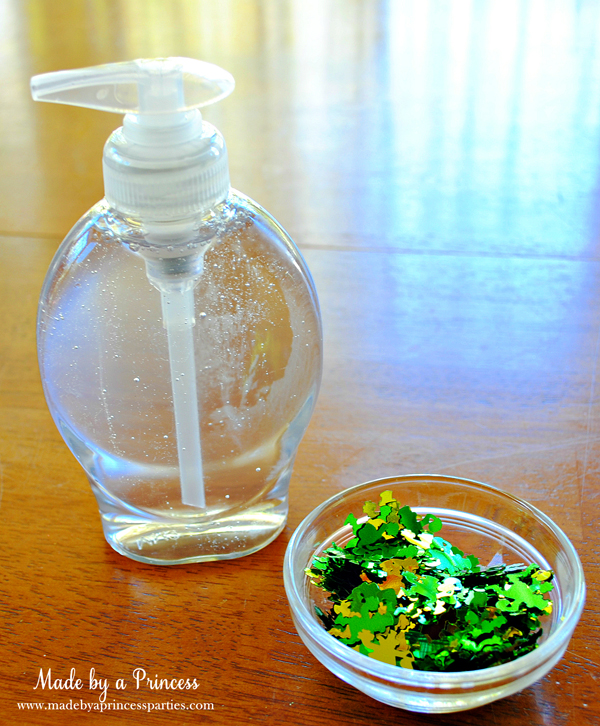 Next, stuff confetti in the bottle. 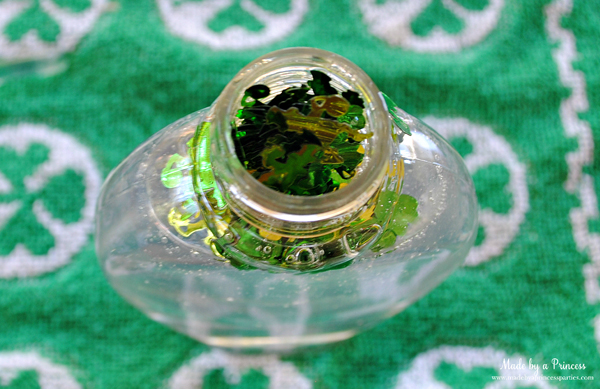 Use a long skewer to push them down and separate ones that stick together. 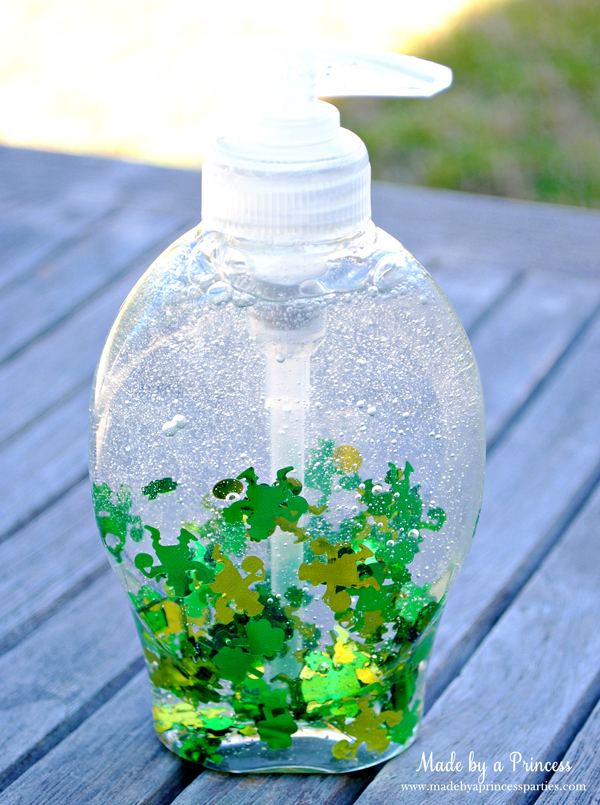 That’s it!  You’re done. You now have confetti soap. Once we’re done with the floating leprechauns and shamrocks I think I’ll make one with floating bunnies and chicks 🙂
Have fun!