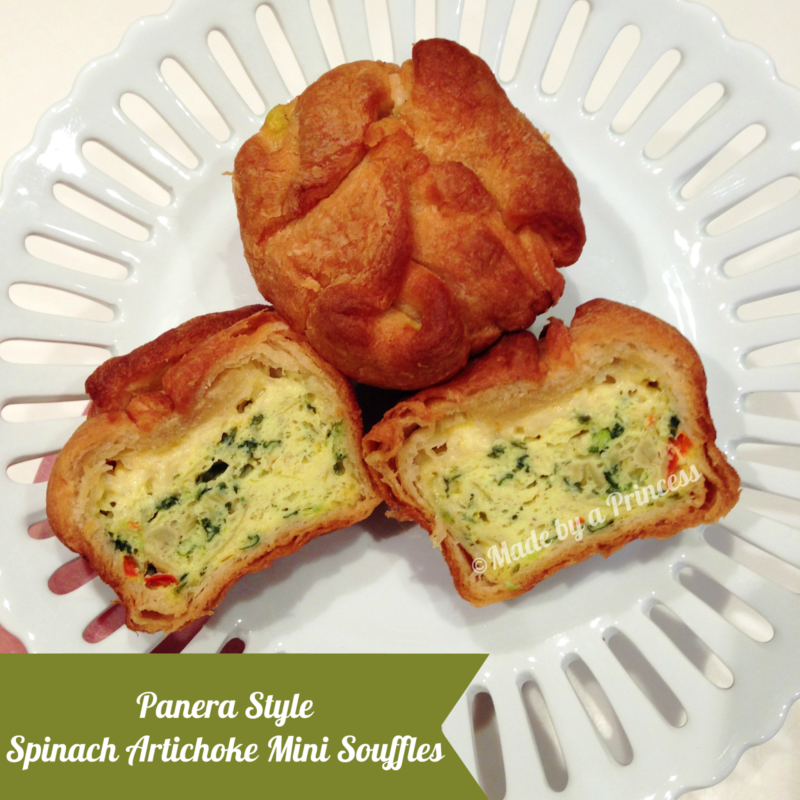 One of my favorite things at Panera is their Spinach Artichoke Souffle.  So sinfully good! Don’t even bother counting calories for this one because, well, just don’t. I found a recipe over on ABCNews that I used as a base but made some minor tweaks. 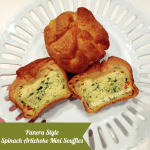