This easy cornbread casserole recipe is the ultimate comfort food. Place all ingredients in baking dish, stir, and bake. Super simple and delicious! 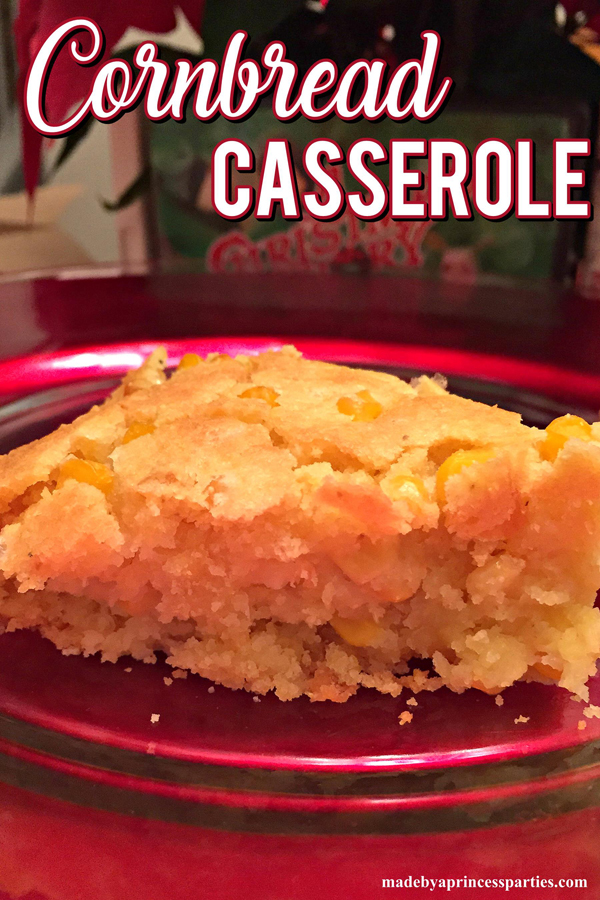 This 5 ingredient classic Southern side dish is the ultimate comfort food. Throw all the ingredients in a baking dish, bake, and serve hot with fried chicken. Perfect for holidays, picnics, parties, or dinner on Saturday night.

I really think I am a Southern girl at heart.  I love the Dallas Cowboys (I grew up in Los Angeles), I love country music (my friends were more into the Grateful Dead, INXS, Pink Floyd, and Bob Marley), and I am a sucker for a man with a drawl.

My husband is from Virginia and his parents are from a tiny town in Tennessee called Elizabethton.  Coincidentally, Jason Witten from the Cowboys is also from Elizabethton.  When my in-laws said they were coming to visit I wanted to surprise them with a traditional Southern meal. I made fried chicken and this homemade cornbread casserole and they loved it.

Since their visit I have made this many many times. I use a bigger baking dish now because the pie plate size just doesn’t cut it anymore.

What is Cornbread Casserole?

A casserole is any kind of food baked and served in the same dish. Cornbread casserole consists of corn mix, corn kernels, creamed corn, butter, and sour cream and then cooked in a baking dish.

Is Cornbread Supposed To Have Corn In It?

Traditional cornbread does not have to have actual corn kernels but it is made with cornmeal.

How to Make Corn Casserole

This is the easiest casserole to put together because everything goes in one dish and put right in the oven. Here is what you need to make this casserole:

First, place stick of butter in your baking dish and melt the butter in the microwave. 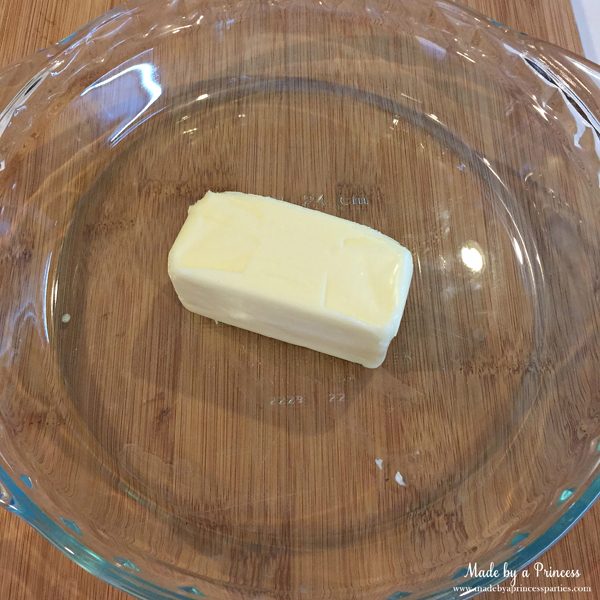 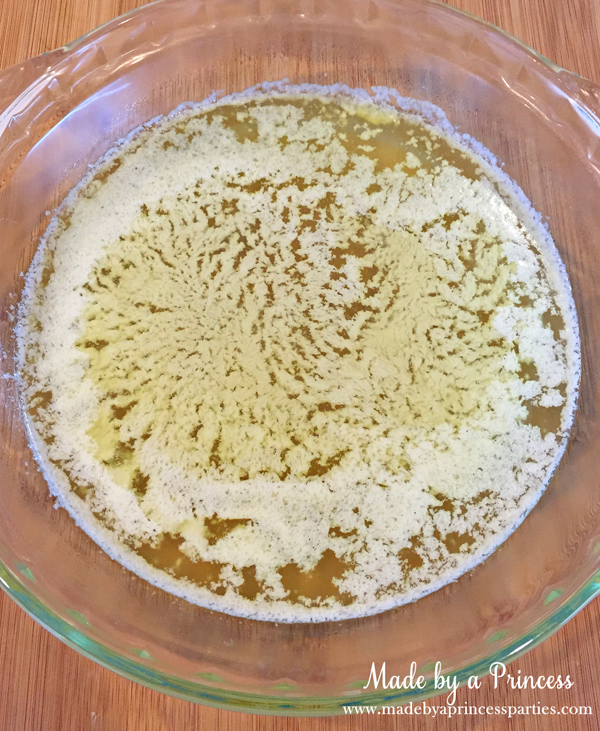 Next, drain your sweet corn and add the corn in the dish. 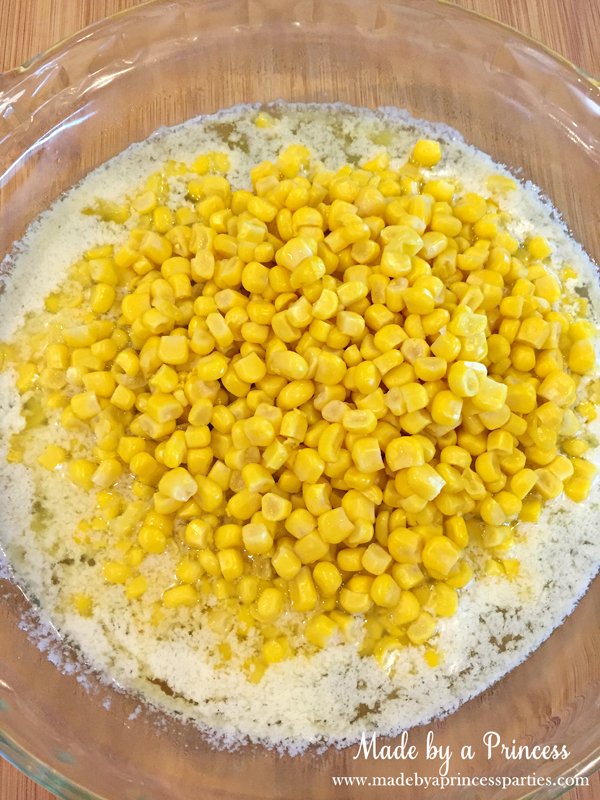 Now dump the can of creamed corn in the dish. 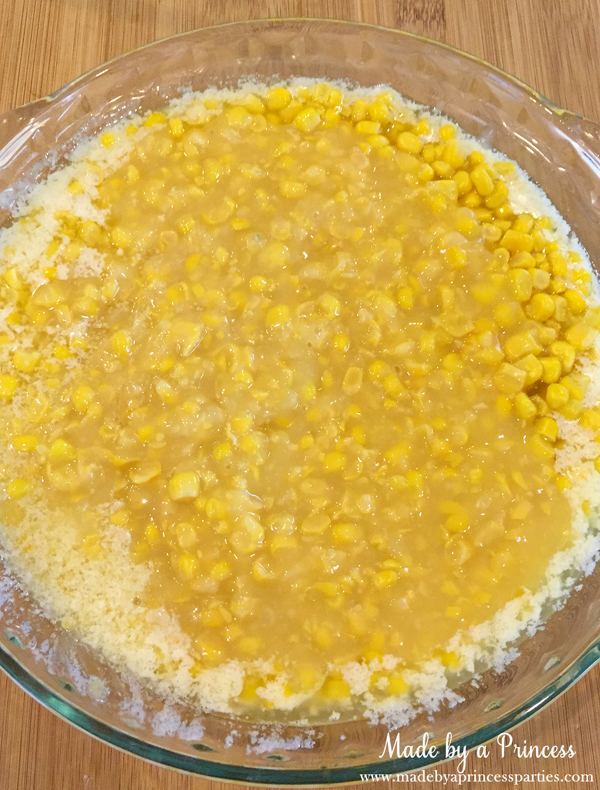 Pour the entire box of Jiffy cornbread mix + another 3/4 cup from another box into the dish. 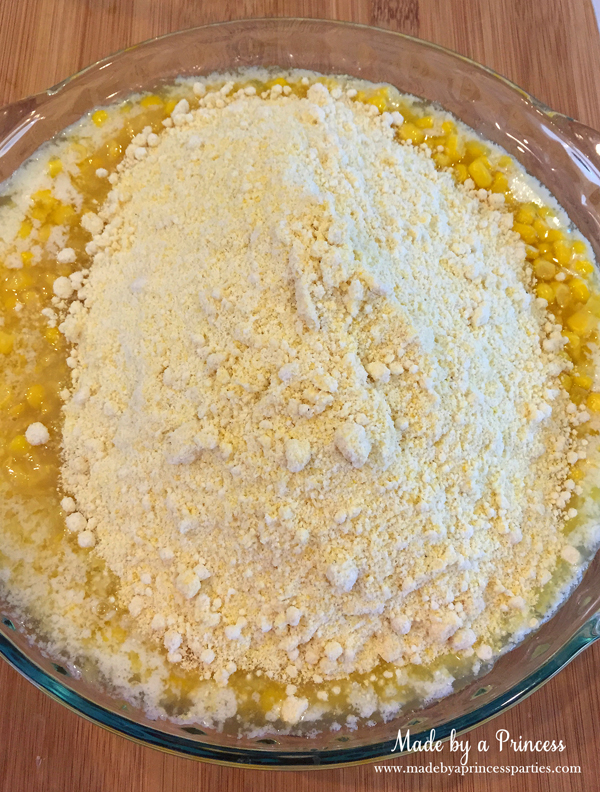 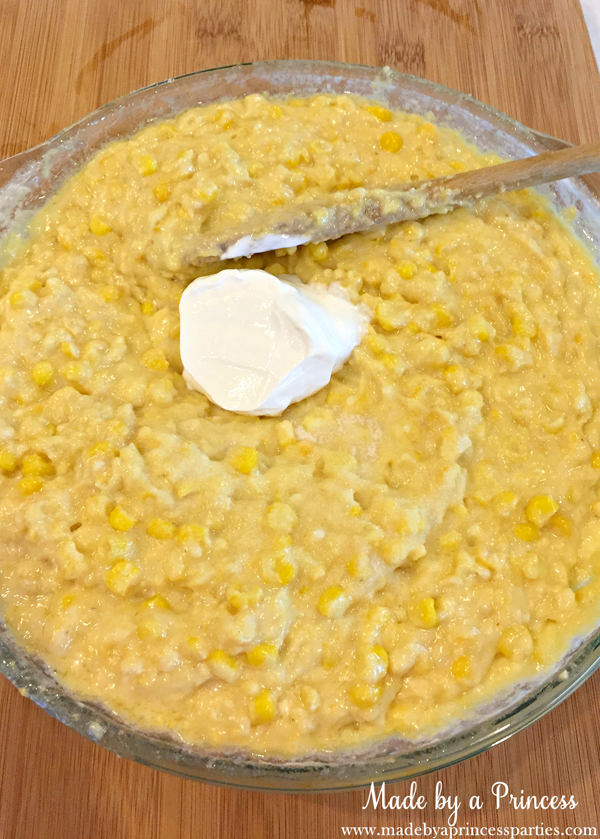 Finally, stir it all together until well blended. 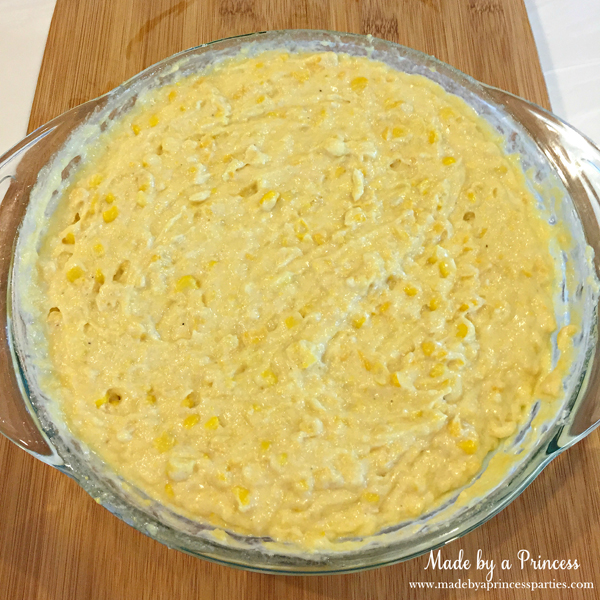 Bake at 350 for 45 minutes to 1.25 hours depending on the size and type of your casserole dish. 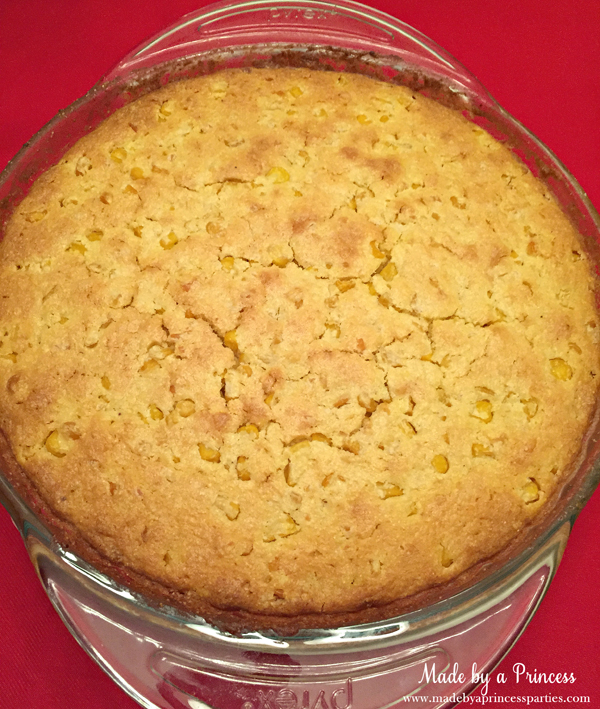 That’s it…super simple and virtually no mess which I love! This is our favorite corn side dish and one that is a true family favorite. 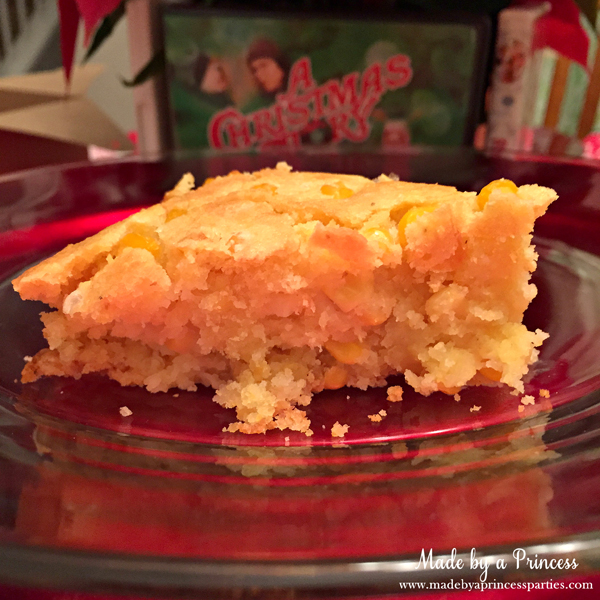 What Can I Make with Cornbread on the Side?

Does Cornbread Casserole Need to be Refrigerated?

How Do You Keep Leftover Cornbread Moist?

Place plastic wrap over cornbread casserole and keep in a cool dry place away from sunlight for no more than two days. If you don’t plan to eat it within 2 days, place cornbread in an airtight container. Also, only cut what you plan on eating or serving. Smaller pieces exposes it to air and will cause it to lose moisture.

Do You Have to Put Sugar in Cornbread?

That’s kind of a trick question. If you are a true Southerner you would never put sugar in cornbread. According to them, sugar is put in cakes not cornbread. If you are looking to make a traditional Southern cornbread no, you would not put sugar in your cornbread. Northerners however, prefer something called Yankee Cornbread which does have sugar. Ask someone from the South and someone from the North their feelings about cornbread and you’ll get two very different answers!

*My cornbread casserole recipe is what my Southern father-in-law called Yankee Cornbread (like a corn pudding recipe apparently). No extra sugar has been added but it is sweet from the Jiffy corn mix.

How Far in Advance Do You Have to Make Cornbread?

Cornbread is really best served within a few hours of making it. Cornbread Casserole is best served hot and right away.

Can You Cook Cornbread Casserole in an Instant Pot?

Yes, you can cook cornbread casserole in an Instant Pot. Blend all the ingredients in a medium bowl then pour into a greased baking pan that’s smaller than your instant pot. Cover with tin foil. Add about 2 cups of water to your pot and place the pan on the trivet. Seal the lid and pressure cook for 45 minutes (make sure to turn not to seal) and then naturally release pressure when done.

Can You Cook Cornbread Casserole in a Crock Pot Slow Cooker?

Yes, you can cook this casserole in a crock pot. Blend all the ingredients in a medium bowl then pour into a greased slow cooker. Close lid and cook on high for 5-6 hours and low for 3-4 hours.

Before taking your cornbread casserole out of the oven add a cup of your favorite cheese. Sprinkle cheese on the top and put back in the oven for 5-10 minutes or until cheese has melted.

Cook sausage in a skillet and drain before folding into cornbread casserole mixture. Bake as directed.

Cook 1 lb ground beef with taco seasoning in a skillet and drain when meat is no longer pink. Layer cornbread casserole and meat. First, pour half of casserole mix in baking dish and spread evenly and then taco meat. Sprinkle chopped green chilies and Mexican cheese and top with remaining cornbread mixture.  Bake as directed.