Create these easy no sew Wonder Woman Arm Bracelets out of foam, cardstock, and elastic. 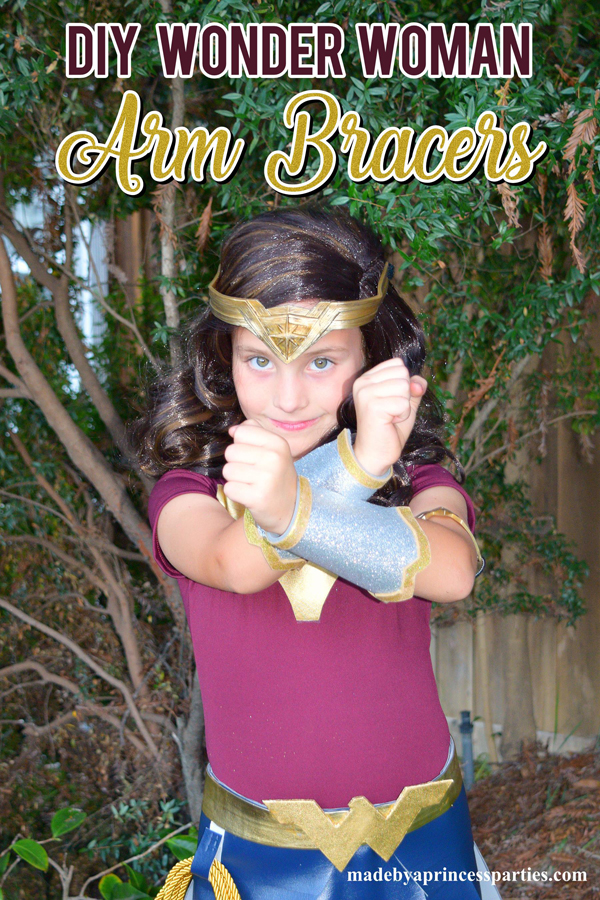 I’m so happy my daughter wanted to be Wonder Woman for Halloween this year! Not only did I absolutely love the movie and think that Gal Gadot’s Wonder Woman is the best superhero ever…I really really wanted to make her costume. Wonder Woman arm bracers are an essential part of her costume so find out how easy they are to make from just craft foam and glue.

What are Wonder Woman’s Bracelets Called?

Wonder Woman’s bracelets are called bracelets, cuffs, and arm bracers. Wonder Woman’s cuffs, her indestructible metal cuffs, were inspired by bracelets worn by Olive Byrne who was the second love interest of author, William Moulton Marston. In the tv shows, Lynda Carter wore short silver cuff bracelets. Gal Gadot’s are longer and have gold on them.

She wears the bracelets as a symbol of a time when the Amazonian women on Paradise Island were ruled by Hercules.

What Happens When Wonder Woman Crosses Her Bracelets?

When Wonder Woman crosses her bracelets she is able to redirect the energy she absorbs back on her attacker. In the battle scene with Ares you see her absorbing his power bolts and using them back on him.

The pair of bracelets are also used to deflect bullets, gunfire, blasts, weapons, and small missiles.

You can find the full costume tutorial on the DIY Wonder Woman Movie Halloween Costume post, but I wanted to show you really quickly how I made the arm bracers. You will need grey, silver, and gold foam, FabriTac, and four pieces of elastic.

I made a template based on pictures of the Wonder Woman arm cuffs that I found online. 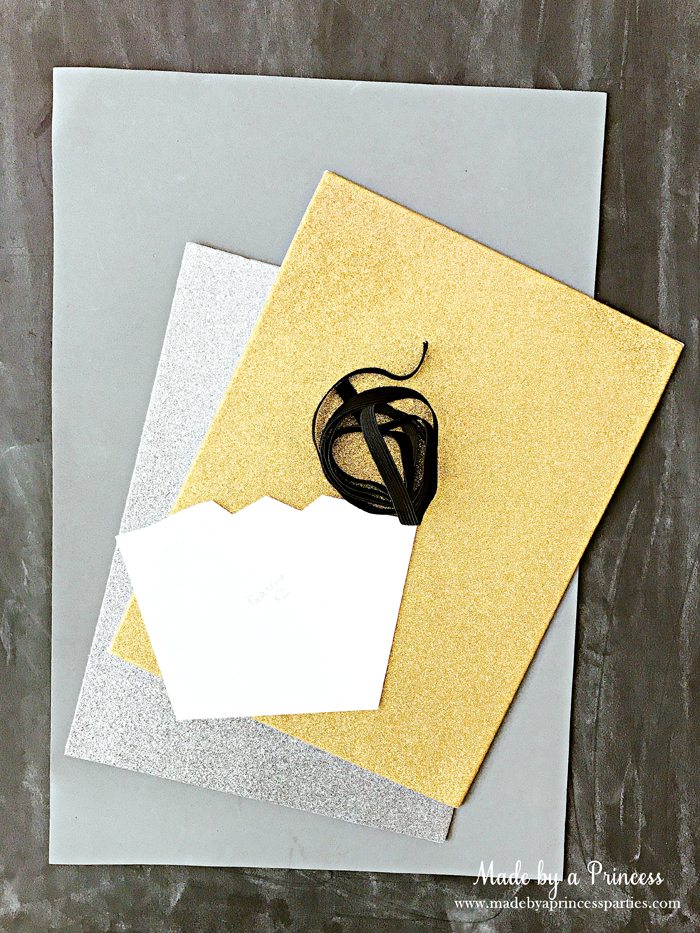 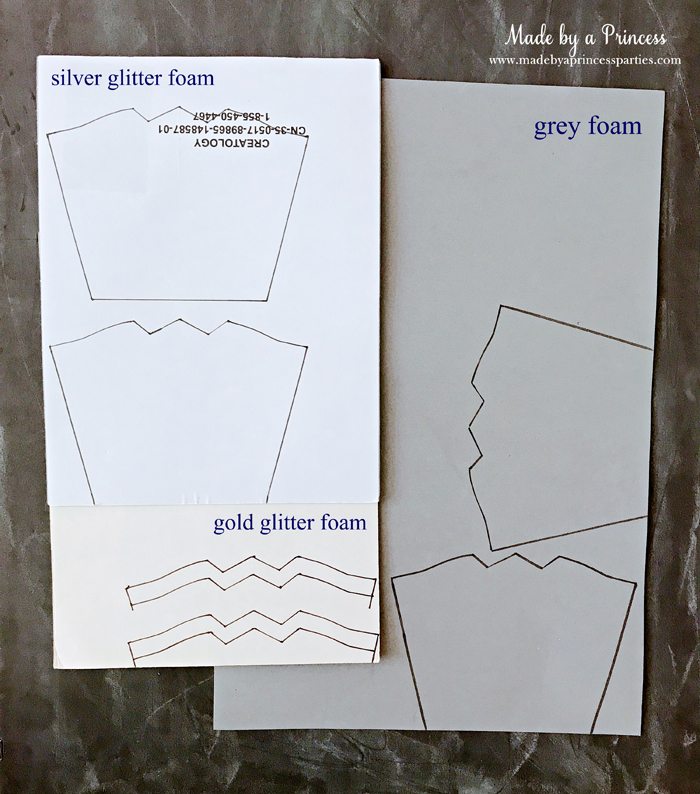 Glue the silver piece to the grey piece, making sure to slip one of the elastic pieces in on one side. Leave about 1/2″ unglued on the other side so you glue the other side of the elastic between the layers once the bracer has dried. (I tried gluing the both sides at the same time…this is a much better method…trust me). Glue the gold pieces and let both dry under books.

Once the bracelets are dry now slip the other ends of the elastic in between the layers and secure with glue. Hold them together with mini binder clips overnight.

One note about the elastic…it can be a little tricky trying to figure out exactly how long they should be. I cut my daughter’s a little long so they’re kind of lose but I am going to fold the middle a bit and sew in place. Better to have them a little big than too tight. 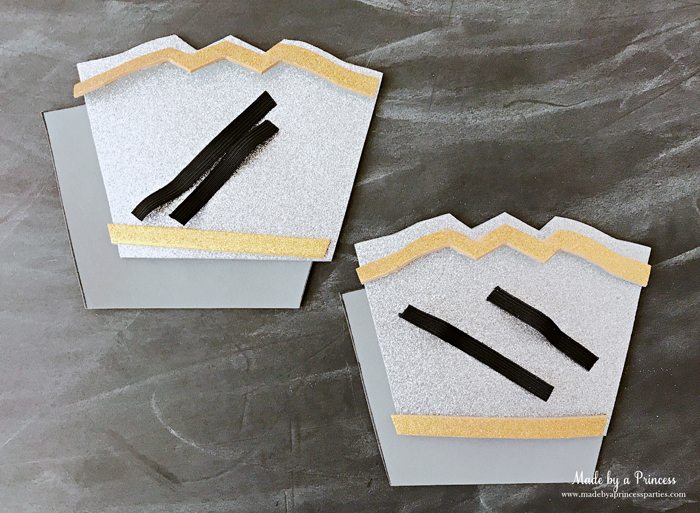 Once your bracers are dry, suit up and save the world!

What is Wonder Woman’s SuperPower?

Wonder Woman, aka Diana Prince, is not only Amazonian Warrior Princess Diana of Themyscira, she is a demigoddess which means she does not play around in battle.

According to DC Comics, Wonder Woman possesses a whole bunch of superpowers. Some she used in the live action Justice League movie but not all of them.

Wonder Woman’s superpowers not used in the movie:

Weapons used by Wonder Woman in the movie: