Skip to Content
Make your own Minecraft Steve Head for under $10 for Halloween or Cosplay!

Several years ago my son told me he wanted to be Steve from Minecraft. It looked like an easy enough costume: turquoise t-shirt, jeans, and a giant cardboard head. He already had the t-shirt and jeans so all I really needed to do was get the Steve head. I found a Minecraft Steve head online for $50 and said, “Oh hell no…I’m going to make it for way cheaper than that!” So here it is…a super easy guide on how to make your own Minecraft Steve Head.

Before I get into this I feel compelled to apologize. When I made this for my son I had no idea I would end up putting on my blog so I didn’t take any pictures for a tutorial. I didn’t even take great photos of the head itself. Trust me when I say this is really easy to put together…even without step by step pictures. 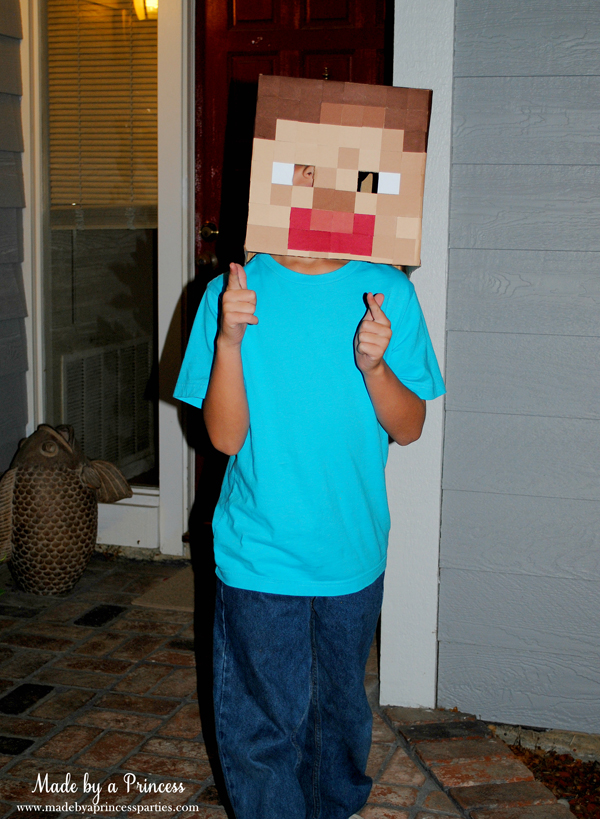 Before you get started you are going to need:

The box was 16x16x16 and since there were eight squares across and down pictured I knew my squares would have to be 2×2.  With my paper cutter ready to go I spent the next hour or so cutting up a bunch of squares.

I used regular school glue to affix to the box which seemed to work out just fine. 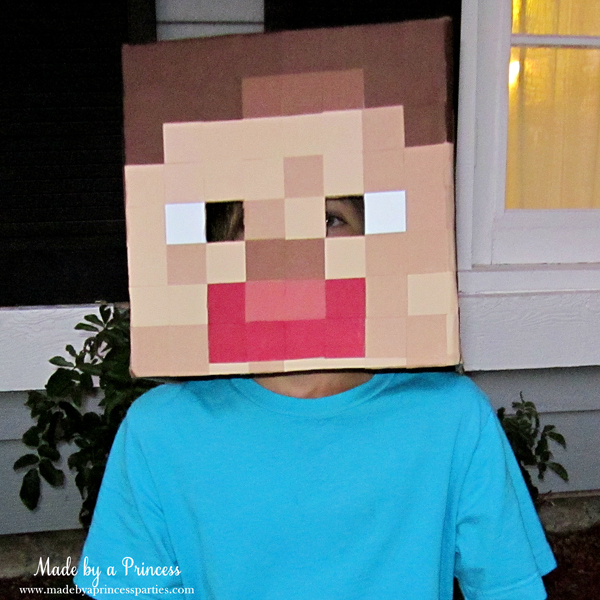 Make sure you cut out the eyes… 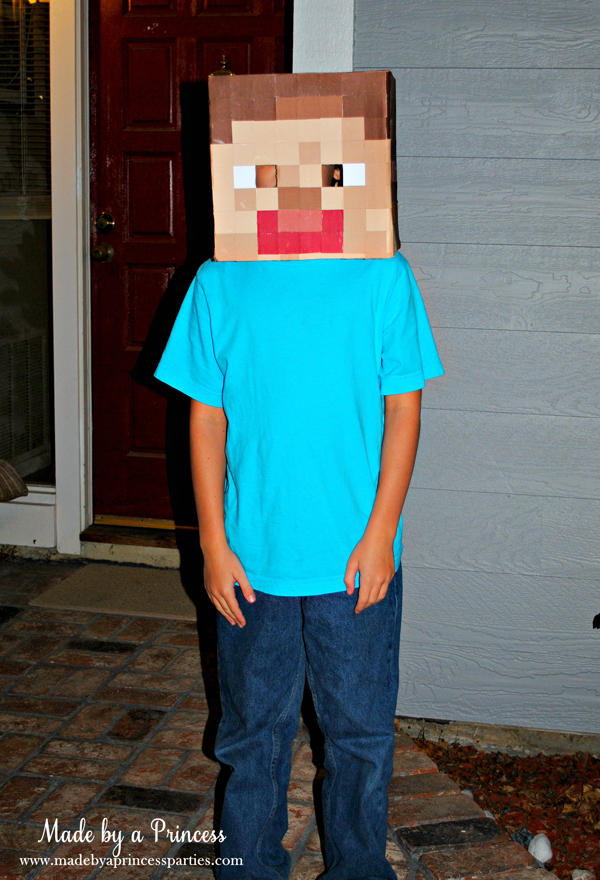 The real test…can you take your baby sister trick or treating without the head falling off? Why yes. Yes you can. 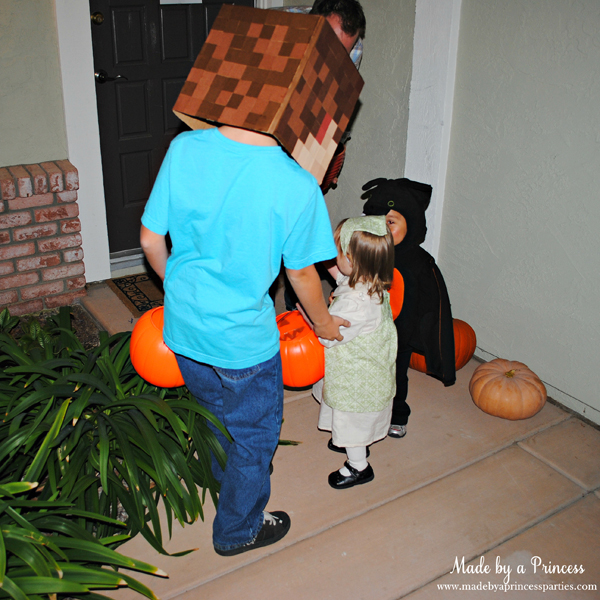 This project does take some time to do BUT it is really easy and it’s something you can your kids can do together.

Our Steve head was the perfect table decoration for his Minecraft party. It certainly did stand the test of time because it survived living in my son’s room for six years. Well worth the time it took!

My son was so into Minecraft that he carved a Minecraft themed pumpkin. My daughter, Gretl from “Sound of Music” was not too sure about it… 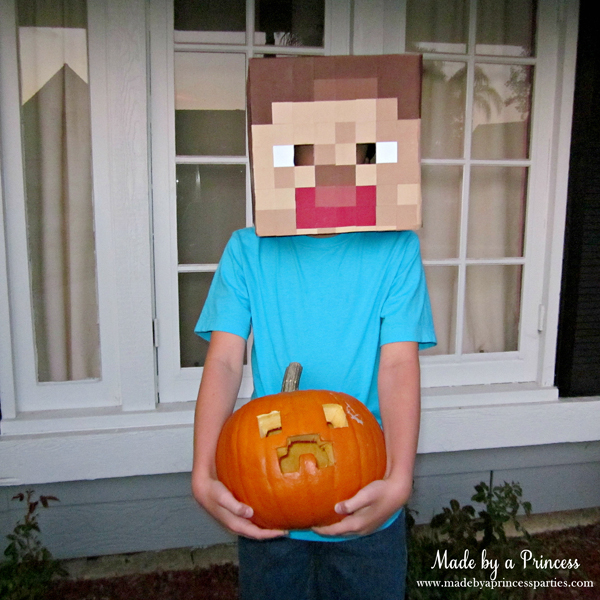 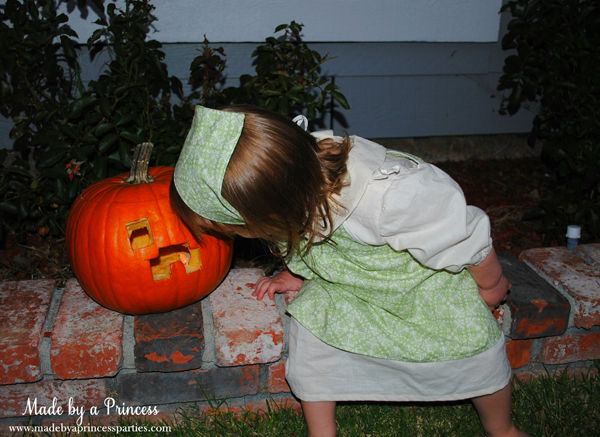 Want the Minecraft Steve Head Template? Print and use it as a guide when gluing your pieces on the box. 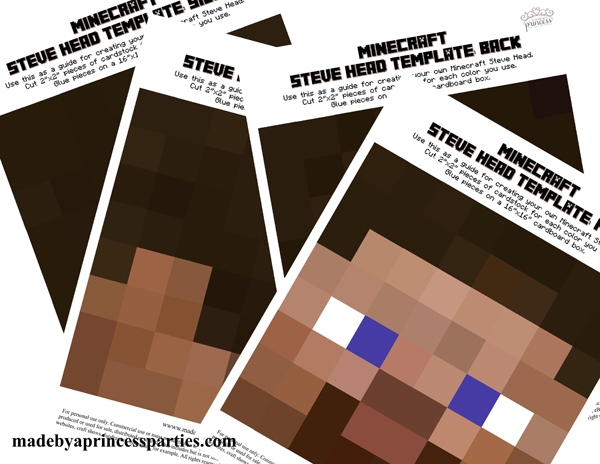 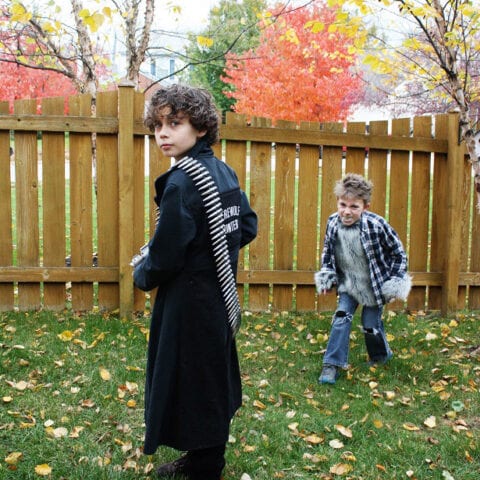 Looking for a duo costume idea? Check out this creative werewolf and werewolf hunter costume tutorial. 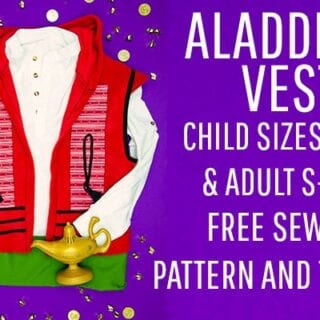 Rub the lamp and a genie just might appear! Well, maybe not but your little guy will look adorable as Aladdin this Halloween. 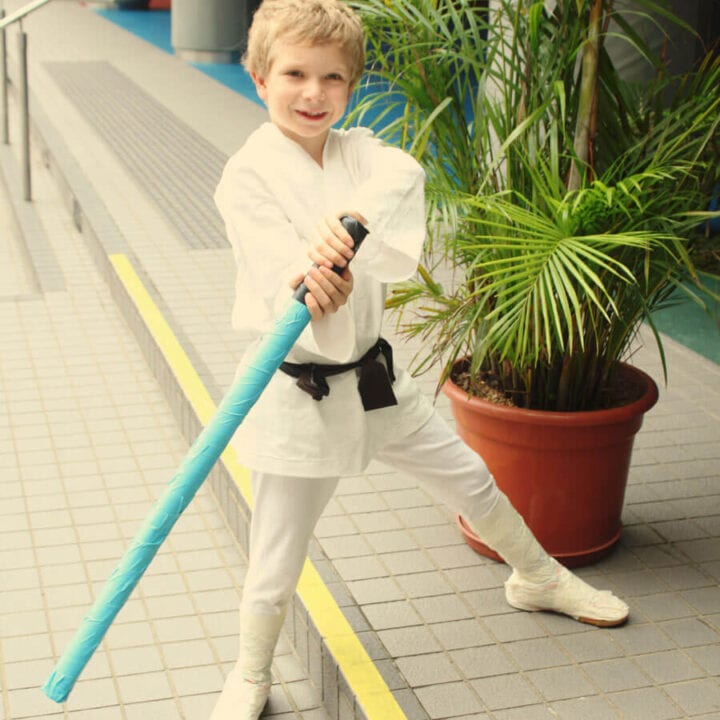 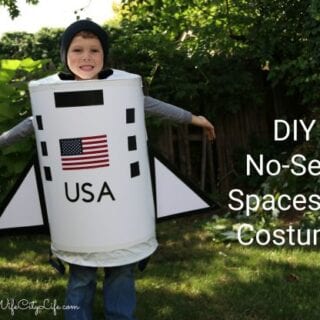 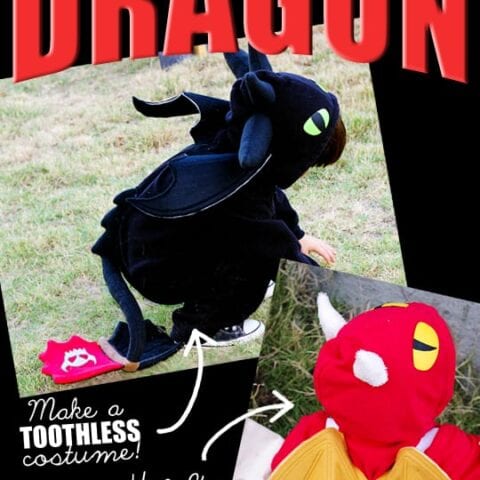 How To Make a Dragon Costume From a Sweatsuit!

Make this terrific How to Train Your Dragon Toothless costume out of a sweatsuit! 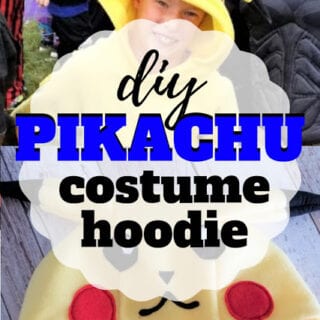 Pika pika pikachu! Your little one will be hard to catch in this Pikachu costume made from a hoodie! 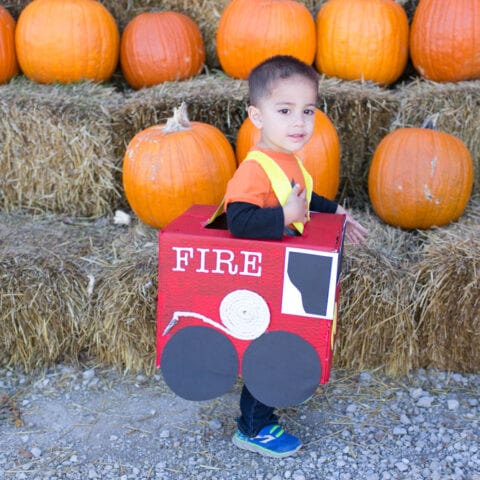 Your little one will be on fire as a fierce fire truck this Halloween! 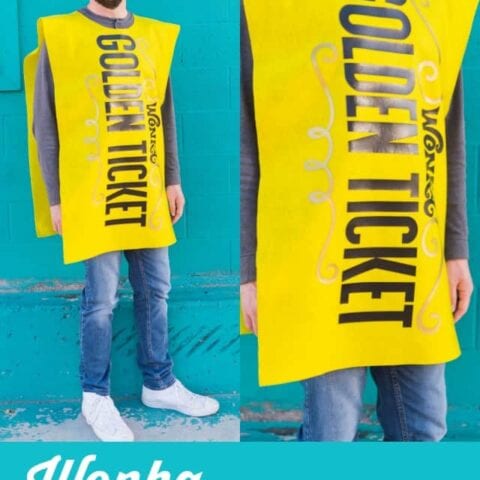 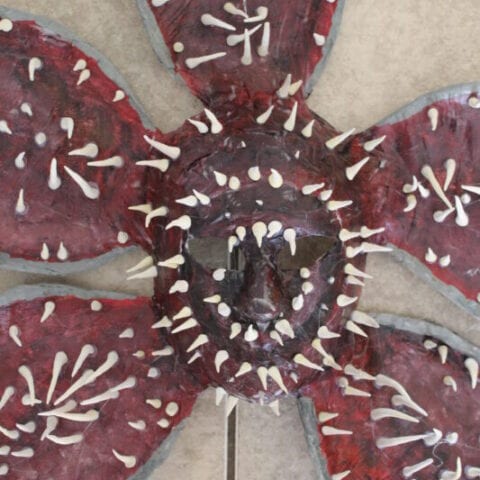 Fan of Stranger Things? You will love this Demogorgon Mask tutorial! 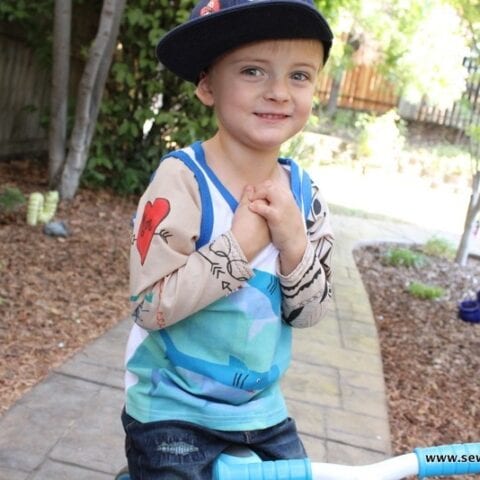 Go with the bad boy look this Halloween and create your own tattoo sleeves. No children were actually tattooed for this tutorial 🙂

Thanks for including me, Ashlee!