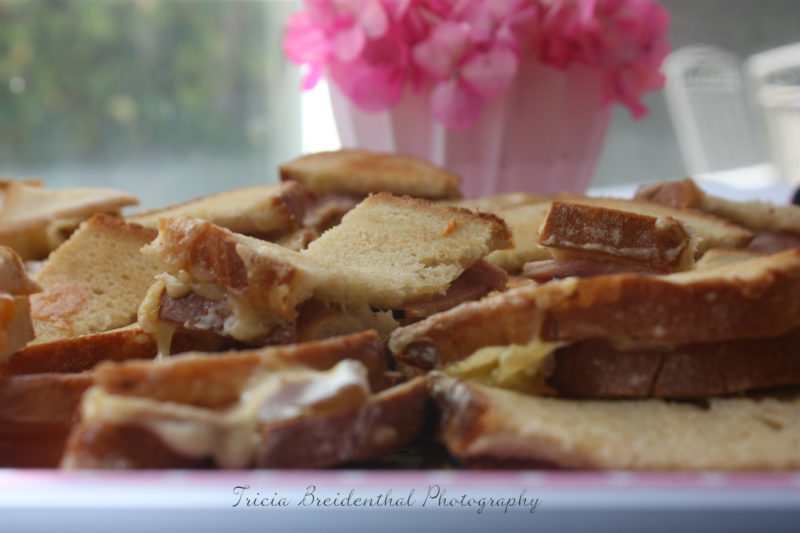 I think it is safe to say that Croques Monsieur sandwiches are my favorite all time sandwich.  I have to admit I am a late fan. After watching Meryl Streep whip these up in the movie, “It’s Complicated” I was more than intrigued. What is this sandwich and why does Alec Baldwin want to lick the plate?  I came home at Googled it. Wikipedia told me this, “A croque-monsieur (is a hot ham and cheese (typically Emmental or Gruyere) grilled sandwich. It originitated in France as a fast-food  snack served in cafes and bars. More elaborate versions come coated in a Mornay or Bechamel sauce.) Hmmmm. I must know more.

I don’t have any French friends I could ask so I went to the next best thing…a French Patisserie.  If you follow me on Facebook or Twitter you probably know when I’m having an Isabelle‘s kind of day. This is the loveliest little French bakery and everything they make is divine. I went in and found Croque Monsieur on the menu and ordered it with one substitution…I would like brie instead of Swiss.  I love Swiss, don’t get me wrong, but I just felt like the sandwich should have brie instead.  O.M.G. I was in love. I introduced it to one of my besties, Trish, and she fell in love.  Best sandwich in the world.  This is now the ONLY sandwich I order from there, they know me by this sandwich, that’s how much I love it. I saw the owner in Michael’s a few months ago and introduced myself again, “I’m Kylie…the one that orders Croque Monsieur with brie?”  “Ah, oui!  Good idea you have there yes?  Very French.  Very rich.  C‘est un match parfait.”  I took French in school. I know a compliment when I hear one. Merci Isabelle!

When creating the menu for Sugarella’s 1st Birthday Party I knew I wanted to make mini Croque Monsieur.  I made what I thought was more than enough.  So much more that I envisioned enjoying a couple once the party was over and I was recapping the highlights. Um, no. Didn’t happen.  I did not get a single teensy tiny sliver of anything Croque Monsieur related.  Quelle tragédie!  If you decide to serve these, make more than you think you need…trust me. 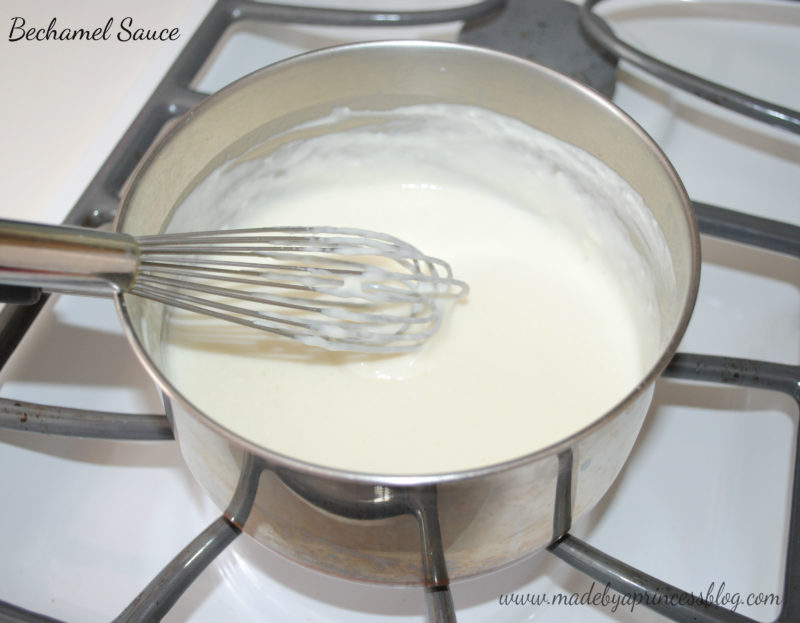 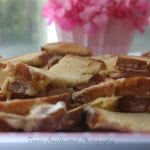 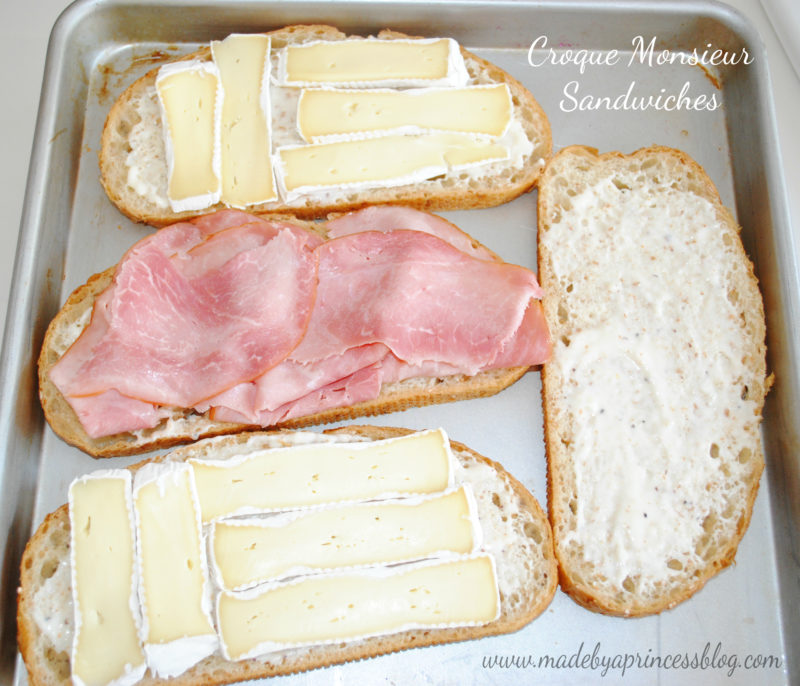