Creamy beer cheese dip is made with just a few ingredients and your favorite beer. Makes a perfect last minute party food! 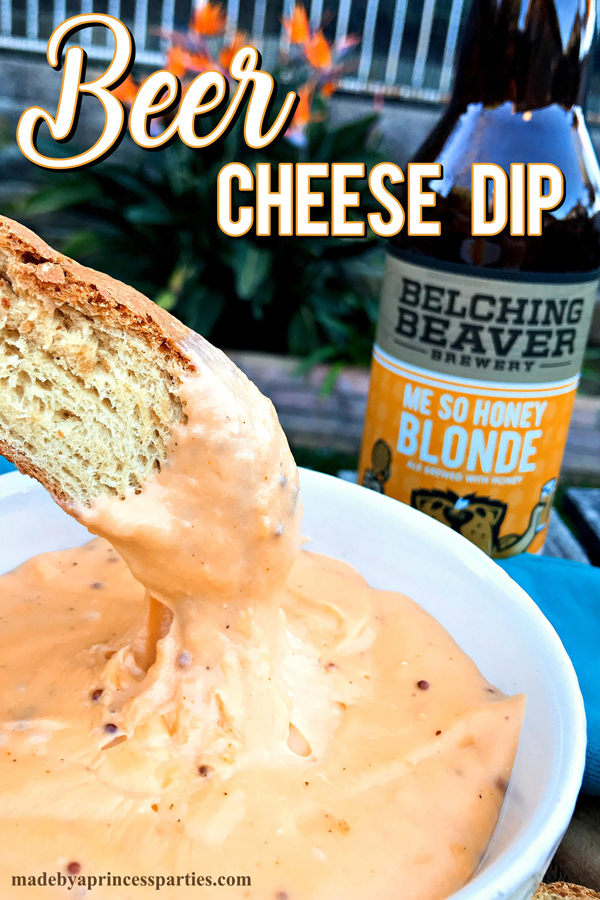 Football season brings out some of the best snacks doesn’t it? Great food doesn’t have to take a lot of time either. This creamy beer cheese dip was made with ingredients you probably already have which really makes it the perfect game day food.

I am really more of a champagne drinker, as most of you know, but when you’re at a brewery you drink beer…so I did. I personally like lighter, less hoppy beers which is why I chose this Belching Beaver Me So Honey Blonde beer. It’s a little sweet because of the honey but not in an overpowering way. If you like really strong beer I would suggest using a porter or a stout when you make this recipe.

What is beer cheese?

Beer cheese, also know as beer cheese dip or beer cheese spread, is a melted cheese dip typically made with cheddar cheese, beer, and spices and served with crackers, bread, or veggies.

The exact origins are not known but a Kentucky native named, Joe Allman, is attributed with the title of “Inventor of Beer Cheese Spread.” Joe’s cousin, Johnnie Allman, served Joe’s famous, “Snappy Cheese” in his restaurant, The Driftwood Inn, on the banks of the Kentucky River in the late 1930s. On February 21, 2013, the Kentucky legislature declared that Clark County was the birthplace of beer cheese.

I’ve never had Allman’s beer cheese so I can’t tell you what it’s “supposed” to taste like but I can tell you that my husband ate an entire bowl before the end of the first quarter during the Super Bowl this year. I think he liked it 😉 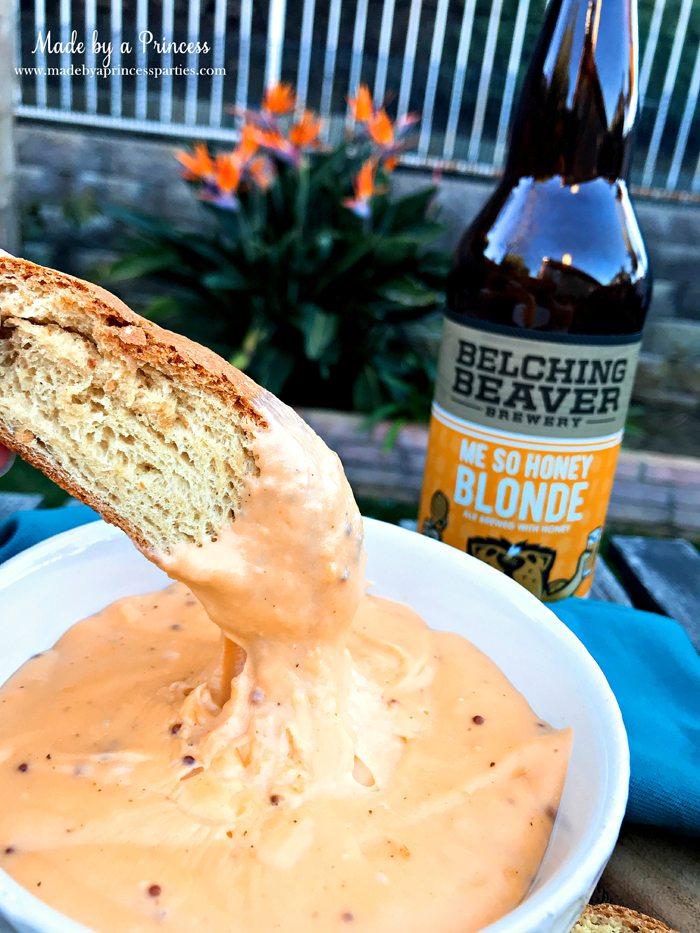 What kind of beer to use for beer cheese dip?

What beer is best for beer cheese? That’s a great question! Here is a list of some beer and cheese pairings for you to try:

How to Make Beer Cheese

Before you get started here is what you are going to need:

First, melt the butter in a medium saucepan over medium-low heat. Slowly whisk flour with butter one tablespoon at a time. Remove from heat and add milk and cream cheese and whisk until smooth.

Next, add remaining ingredients (all but the cheddar cheese) and whisk over low heat until well incorporated. Now add cheddar cheese one cup at a time and stir until cheese has melted.

Serve hot with fresh bread, pretzels, crackers, or veggies. You can see the mustard seeds in the beer cheese dip. If you want a smooth dip try a dijon without big seeds like this or just a plain yellow mustard would work as well. 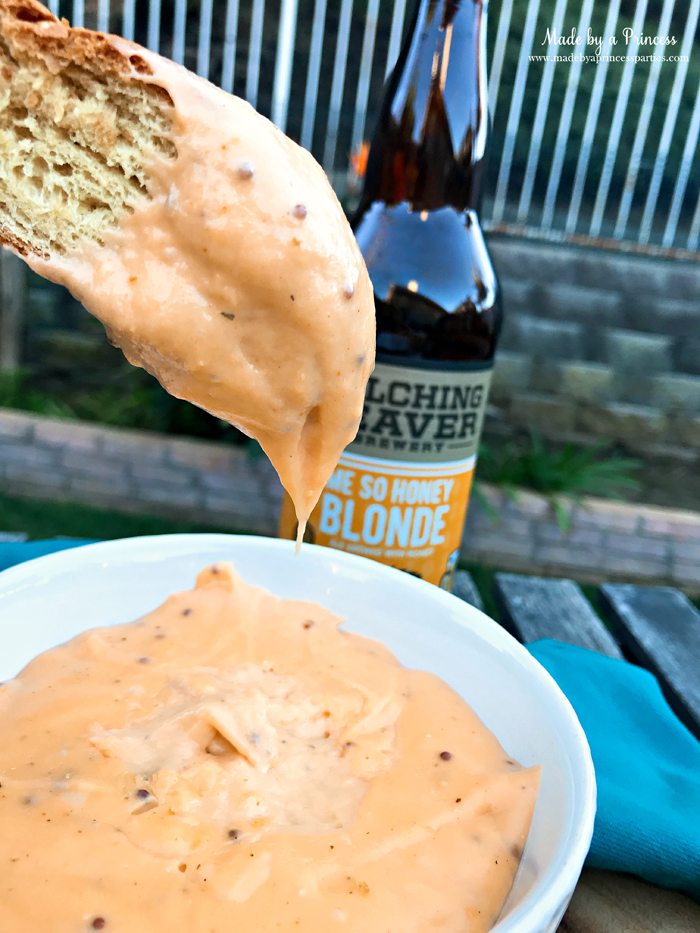 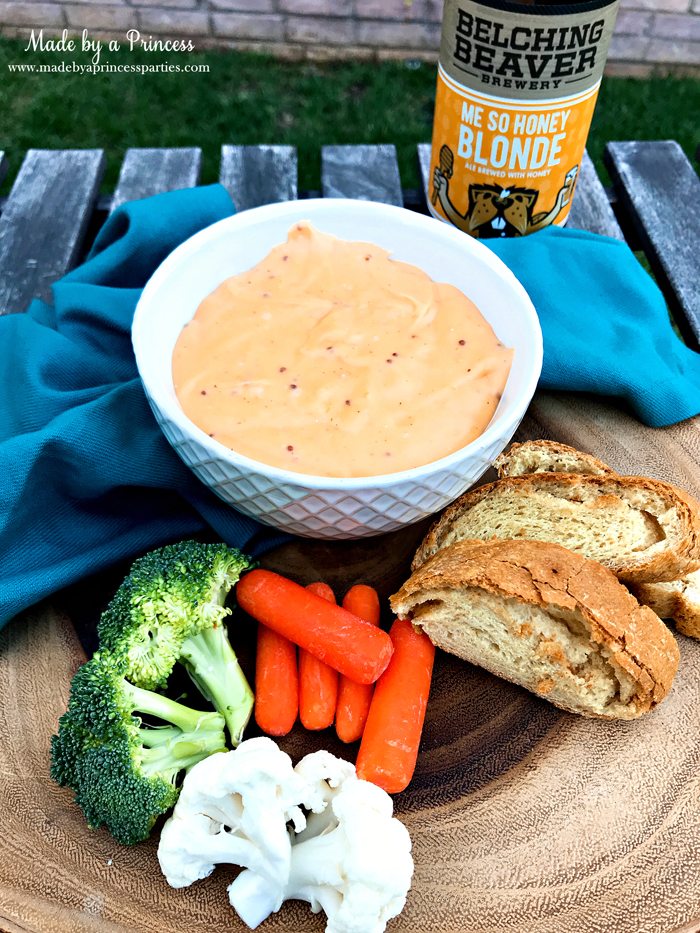 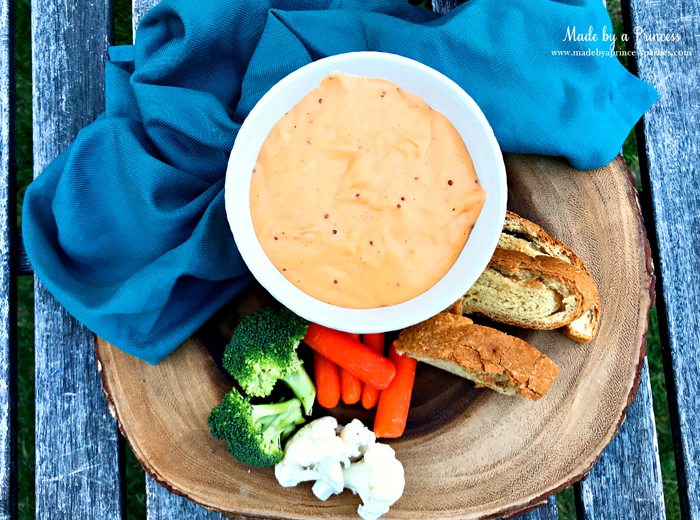 Did you know that Vista, CA is the Capital of Craft Beer and San Diego County is the Craft Beer Capital in America. We have 155 licensed craft breweries here. As I said before, I’m not really a beer drinker but if I was I’d be in hog heaven with all these choices! The trip to Belching Beaver here in town is what inspired this recipe. If you ever find yourself in San Diego you will have to stop by some of our famous craft beer spots!

Belching Beaver is a local brewery and restaurant that makes amazing food and award winning craft beer. They hosted my daughter’s Daisy Troop a few weeks ago so the girls could get the “snack badge” and learn about what it’s like to run a restaurant. A brewery may seem like an odd place to take girls to earn a Girl Scout badge but our leader is super creative and plans the best field trips. This one is my favorite so far.

This is a picture of the “fire” built into the bar table. It is really really cool! Just in case you are wondering it is called AquaFire. We all agreed we wanted mini AquaFires in our homes. Of course mine would be pink. 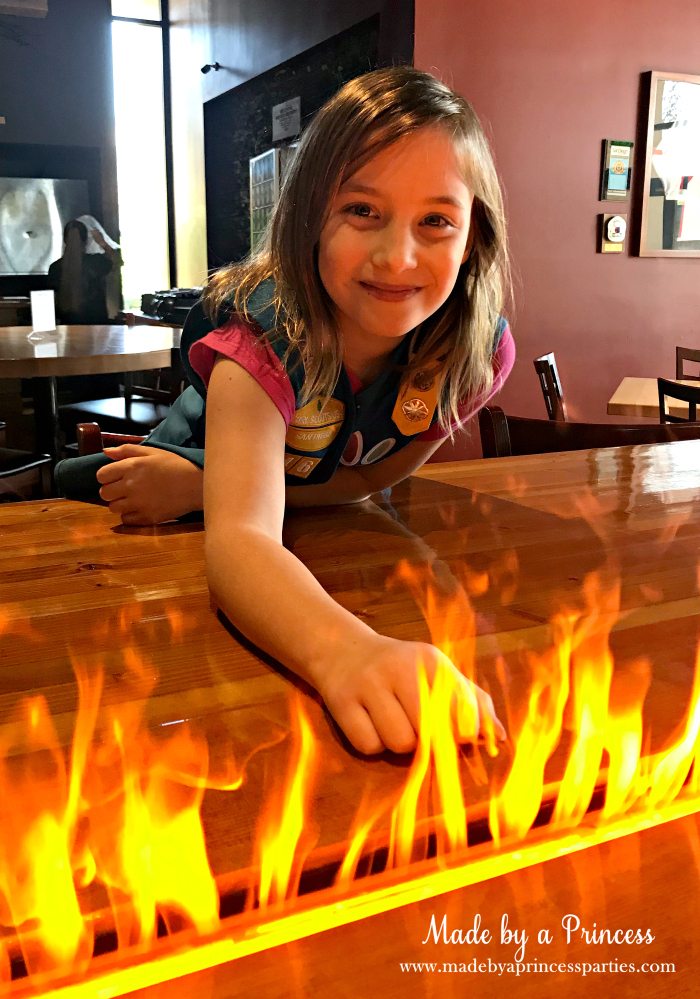 Melt butter in a medium saucepan over medium-low heat.

Slowly whisk flour with butter one tablespoon at a time.

Remove from heat and add milk and cream cheese. Whisk until smooth.

Add remaining ingredients (all but the cheddar cheese) and whisk over low heat until well incorporated.

Add cheddar cheese one cup at a time and stir until cheese has melted. 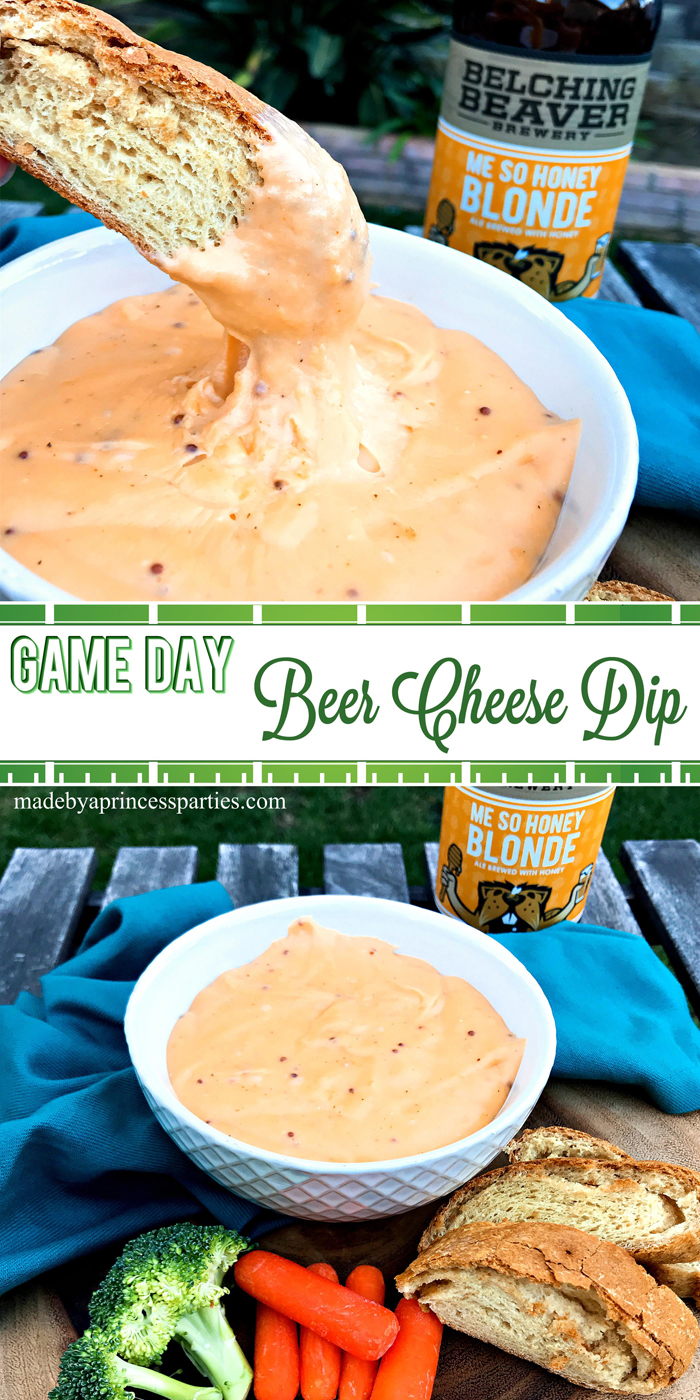